After the BET nominations, Rema always keeps the vibe coming and blesses his fans with a new melodious single titled “Ginger Me”.

The powerful 4 minutes song is a stream of consciousness for Rema, who  addresses a “Young lady whose love gingers him, stating he has traveled all around but he has not seen such love from this lady”. 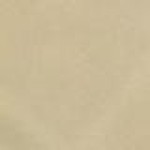